You’ve probably heard somewhere that goldfish have only a three-second memory.

Like so many of the “facts” about fish that have been widely accepted for decades, it’s not true. It’s also symbolic of the many misconceptions humans have about the estimated 3.5 trillion fish with whom we share the planet.

It turns out fish can not only remember things; they can plan, use tools, socialize and play. They are far more intelligent than previously thought and, more importantly, they are sentient. They can experience feelings such as fear, frustration, comfort and enjoyment. They can feel pain.

Sadly, these complex and misunderstood animals are in trouble; and our society’s appetite for fish and other animal-based food products is largely to blame.

This World Oceans Day, let’s explore some of the ways fish are harmed by eating habits—and what we can do about it.

How you can help

Fish farming, also known as aquaculture, has been referred to as the factory farms of the sea. That’s because farm-raised fish are kept in crowded conditions without enrichment where they cannot engage in their natural behaviours.

Fish raised in fish farms are subjected to intense stress that leaves them vulnerable to disease. To prevent disease, fish farms depend heavily on antibiotics, which can contribute to drug-resistant infections in humans.

Farmed fish aren’t the only ones who suffer due to aquaculture, though. Naturally carnivorous fish like salmon, halibut, and tuna are typically fed diets made with fish meal and fish oils. The antibiotics and waste from fish farms can seep into the surrounding water, impacting the local ecosystem. Fish farms can spread disease to wild fish. Most First Nations in B.C. oppose open net fish farming, citing the harms they cause to wild fish populations.

Farmed fish account for about 20% of Canada’s seafood production.

To meet the world’s growing demand for fish, the commercial fishing industry uses methods that result in massive losses of marine life. Methods include:

It has been estimated that between 0.79 and 2.3 trillion fish are caught globally from the wild each year (2007-2016). According to the United Nations Food and Agriculture Organization (FAO), more than 34 per cent of fish in the world’s marine fisheries were classified as overfished and nearly 90 per cent of the world’s so-called marine fish stocks are now fully exploited, overexploited or depleted.

An estimated 80 fish species have gone extinct in recent centuries and more than 3000 are threatened with extinction.

The animal agriculture industry is a major source of ocean pollution. Manure from animals raised for food and pesticides used to grow animal feed can make their way into our earth’s waterways with each rainfall.

Agricultural runoff can lead to the overgrowth of algae, which then decomposes and depletes the water of oxygen. Fish, who cannot survive in oxygen-depleted water, either die or move elsewhere to compete for increasingly scarce territory and resources.

In 2017, the meat industry was criticized for causing what is now considered the world’s second-largest ocean dead zone in the Gulf of Mexico.

How you can help fish

By shifting to a plant-based diet, you can directly save about 348 fish lives each year! This includes fish who are caught or farmed for eating and those used as feed for farmed fish. Eating more plant-based foods also decreases the demand for industrial land animal agriculture and fish farms, two major contributors of ocean pollution that harm wild fish and other marine life. 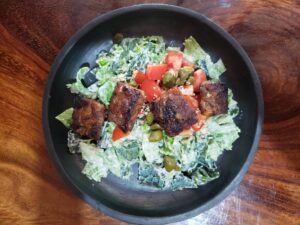 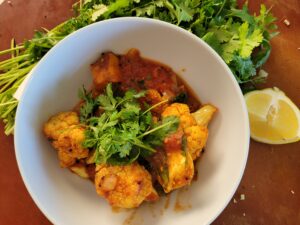 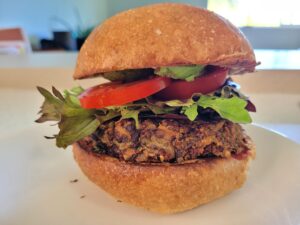 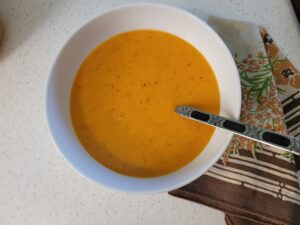 PlantUniversity’s Recipe Library has plenty of tasty meals and snacks, including plant-based versions of fish foods!

Try this tasty Chickpea Salad Sandwich for some quick and easy lunches, or use this clever Vegan “Fish” Sauce in a mouth-watering Pad Thai!

You can also take the Plant-Based Pledge to receive free weekly recipes straight to your inbox. Each week you’ll receive a unique and delicious recipe, like this Sticky Garlic Vegan “Salmon”, just in time for Meatless Monday. 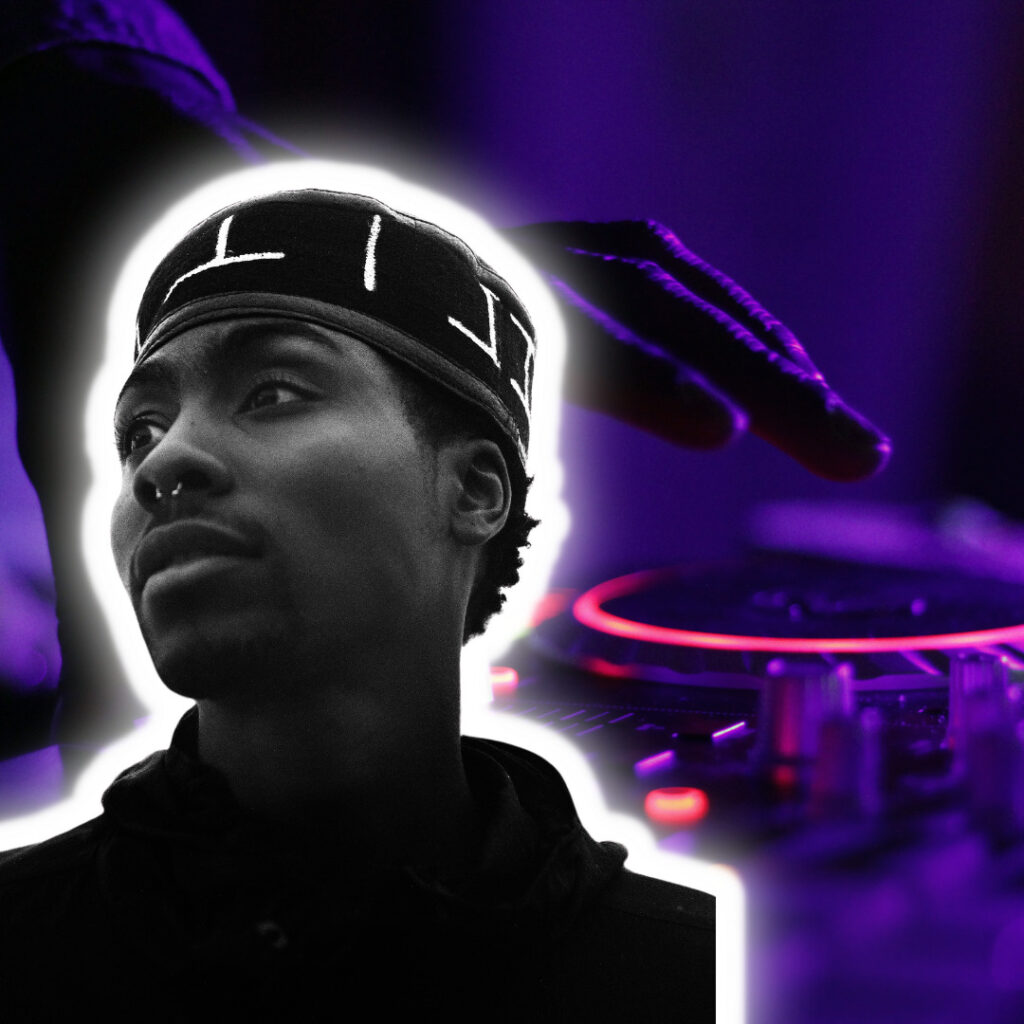 Chat with a vegan: Rian Peters, recording artist As part of… 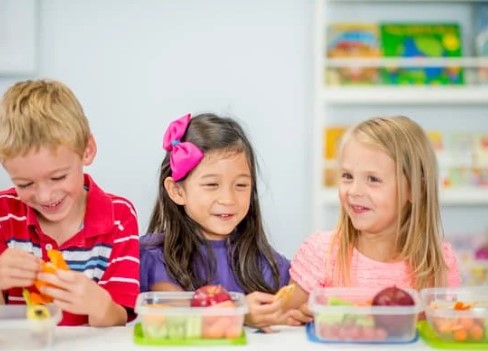 Plant-Based Eating in the Classroom

Chat with a vegan: Natasha Tatton, owner of BReD

Chat with a Vegan: Natasha Tatton, owner of BReD As part… 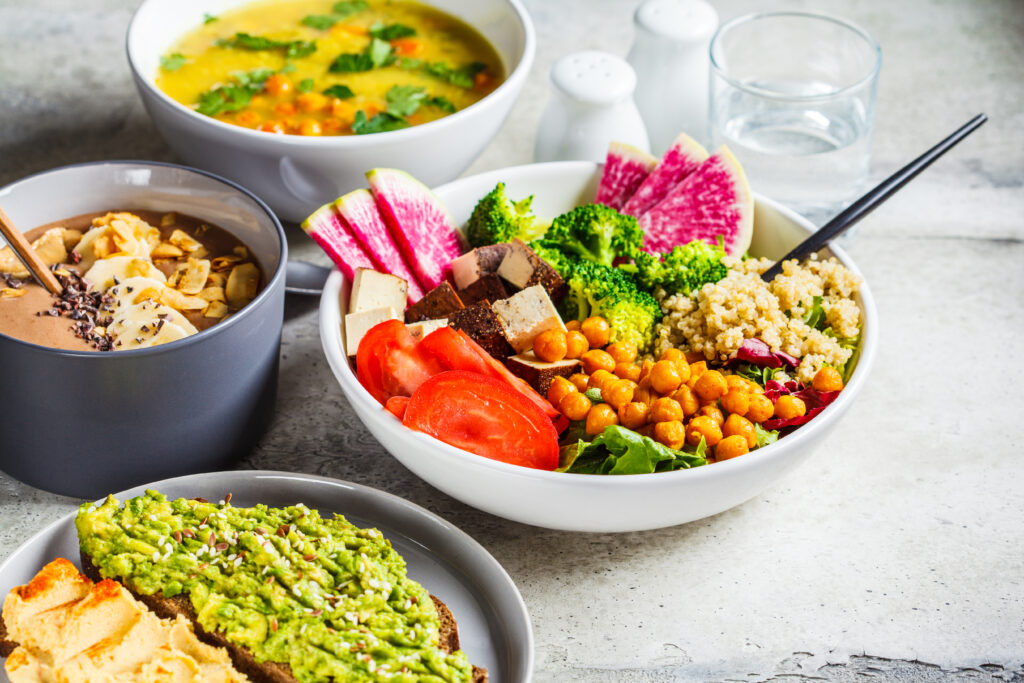 10 strategies for your busy vegan kitchen

Adapting meals to be plant-based